Vampire Diaries is now filming in Georgia. During the shows production extras casting calls go out for locals who want to be park of the background on set. The show is filming now as well as it’s spin-off show, “The Originals”.

Are you looking for a job in a movie as an extra? If so then read on. 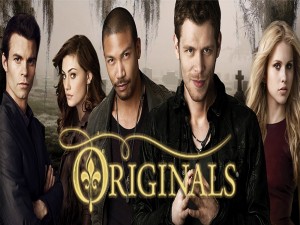 The hit CW show The Vampire Diaries may be looking for extras and background for the show as well as the new show “The Originals”..

The Vampire Diaries is a huge hit with teens and has received numerous Teen Choice awards and nominations. “The Vampire Diaries” won 7 Teen Choice Awards in 2010. The show won awards for its stars with Choice breakout star awards and and also won Choice TV show. The network and show creators have created  a spin off of ‘The Vampire Diaries’ called “The Originals” that just aired it’s first episode. More from both shows will be coming up in 2014.

Here is the trailer for Vampire Diaries:

and now the promo for the Vampire Diaries Spin-off “The Originals”:

The supernatural drama is set in the town of Mystic Falls where vampires walk among the humans. One teen girl runs into one of these vampires and falls for him.

Both shows, the vampire diaries and The originals are now casting extras that live in the Atlanta area for a host of different scenes. If you want to get in on the act you will need to apply with one of the background casting agencies that is working on those shows.

For the Vampire Diaries, you will need to apply through Tammy Smith casting in Atlanta. At this time they are only seeking Atlanta and Conyers area residents for the jobs as extras because travel expenses from out of town are not covered.

For the Vampire Diaries spin-off, The originals, Cherix Casting is being used and you will need to contact them to get on their roster.

Both shows are ONLY seeking locals to work at this point. All extras will be paid between 60 and 100 per day depending on the amount of hours worked and if there is any overtime.

Here is a sample of the casting just posted:

VAMPIRE DIARIES (PLEASE READ CAREFULLY) is looking for a few extras to work an upcoming episode. NEW FACES PREFERRED. Tentative shoot date is Tuesday, November 5th in Decatur, Georgia. Must have full availability for that day. Please be prepared to work a minimum of 10-12hrs.

If you want your shot to be a vampire extra in either of these shows, you will need to contact the extras casting companies that are posting the calls and apply through them, please see above.

4 thoughts on “Vampire Diaries and The Originals Casting Call”