A new Disney TV show is currently holding auditions for new cast members. The new show is called “Super Awesome Katy” and it is Zendaya Coleman’s new project. That’s right, Zendaya has another Disney show she will be starring in and this time she is “Super Awesome”.

Zendaya, now older plays a teen whose family is in the spy business, trying to follow in her families foot steps, Zendaya wants to be a teenage spy herself. Zendaya plays Katy… a super awesome wiz kid who is great at almost anything but really great at computers and science. Since “Shake It Up” is finally over, it’s great that Zendaya will be getting another show and another cast to support her in the new Disney Channel series.

So Zendaya gets the lead role, but rumor has it that other great parts are still up for grab and casting directors are still holding auditions and casting calls for supporting roles and guest stars for various episodes.

Rob Lotterstein, of ‘Shake It Up’ is also going to produce this new Disney channel Pilot, and the show, if it gets picked up by the Disney Channel. Right now the show is in its pilot stage and if Disney likes the pilot, they will pick up the show and make it into a full blown series.

If this Disney TV pilot goes into full series production, we can expect to see it on air either late in 2014 or early in 2015…. and we all hope that Disney does pick it up because Zendaya needs a new project and those wishing to also audition and get on the show hope that it all works out.

So who do you think should star alongside of Zendaya Coleman in this new show? Do you have some great actors in mind…. use the comment section to let everyone know about who should get the casting call for “Super Awesome Katy”. 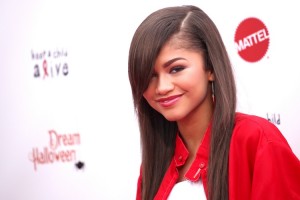 Since we love pretty much everything Disney, this show sounds great and hopefully it will become a new series giving lots of others a way to get on a Disney Channel show…. including background extras who will get hired once the show goes into full production.

For anyone that questions Zendaya’s popularity, you can check out this video that has over 37 million views:

We know that Zendaya gets the lead role but it would be great to see who else auditions for the coveted roles and who aces their audition and actually gets the gig.