Are you looking to see Chelsea, Chuy and the Chelsea Lately panel live and in person?

Are you a huge Chelsea fan? Would you love to see her in person? If so, you can! Chelsea Handler’s show on E! Network, Chelsea lately is casting audience members and is giving away free tickets to her show which films in Los Angeles. There are tons of filming dates and the show sometimes even films different episodes in a single day. The late night talk show films in the daytime and usually airs the episode that night.

Each episode of Chelsea’s show features comedians on her panel as well as special guests which come on stage to chit chat with Chelsea. The minimum age to get on her show is 18 years old and filming is done at NBC studios located at 4012 Lankershim Blvd. in Los Angeles, CA 91602. Please note that even  though tickets are free, there may be charges for parking. Those attending the live taping will be responsible to get to the NBC Paramount Studios on their own. Please only request tickets if you live in the Los Angeles area or are planning on visiting Los Angeles during filming.

To get free tickets for her show you can visit here and request the tickets by using their form. 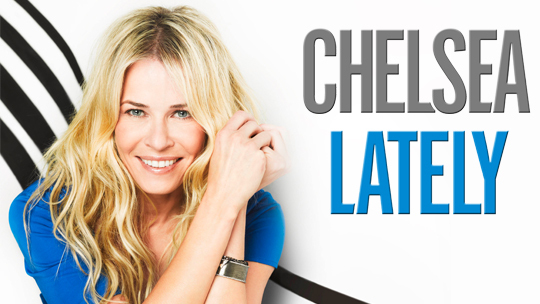 So come on down and see Chelsea Lately live.

Her panel is always a fun group which in the past has included:

Last year the show moved to the NBC Paramount Studios from their previous location in West Hollywood. Here is the video for the new filming location.