Disney Channel has been holding annual casting calls for a few years now and many hopeful child stars are probably wondering what to expect at a Disney casting. Below are two audition scripts from a prior Disney casting call as well as the most recent one for 2015 / 2016 event. The scripts show the characters and explain the situation as well as have the lines to be read. In the scripts, the dialogue is in lower case while instructions for body movement are in all caps.

These are the actual scripts that were used to audition for possible roles on a Disney Channel show.

Update: We just got the newest Disney audition script, you may check it out below. The script is for the 2015 / 2016 disney channel and disney XD open casting call.

Tina is obsessed with dancing and starts dancing all the time. She says she can’t help it, it’s a
condition that runs in her family known as ‘Dance Fever’. The problem is, it’s contagious. Everyone
who goes near her starts dancing, and everyone has their own style of dancing that reflects their
personality. Could Sam be the only cure to the disease known as Dance Fever?

prologue: (parker, Tina)
THE CORRIDOR IS EMPTY. THE BELL RINGS AND STUDENTS FLOOD OUT OF THE
CLASSROOMS.

parker
Hey Tina, how are you going?

Tina
I think I’m getting sick.
PARKER PULLS OUT A TONGUE DEPRESSOR AND A SMALL TORCH. TINA OPENS HER MOUTH
AND ALLOWS PARKER TO HAVE A LOOK.

parker
Hmmm. What seems to be the problem?

Tina
This is different, I can’t stop. (SHE STARTS MOVING HER BODY) Oh no, I’m coming down with
Dance Fever! (SHE STARTS DANCING MUCH MORE VIGOROUSLY)

parker
What are the symptoms?

parker
Is it contagious?

Tina
I don’t think so.
TINA STARTS DANCING HARDER THAN EVER.

parKer
Why don’t you just stop?

parker
Parker’s Log, recess, Wednesday. Have identified a new form of disease, known as Dance Fever.
Symptoms include…dancing, mainly. (PARKER LOOKS DOWN AT HIMSELF) I am not dancing
therefore I conclude this disease is not contagious.
PARKER HITS STOP ON HIS DICTAPHONE BEFORE MOONWALKING OUT OF FRAME. 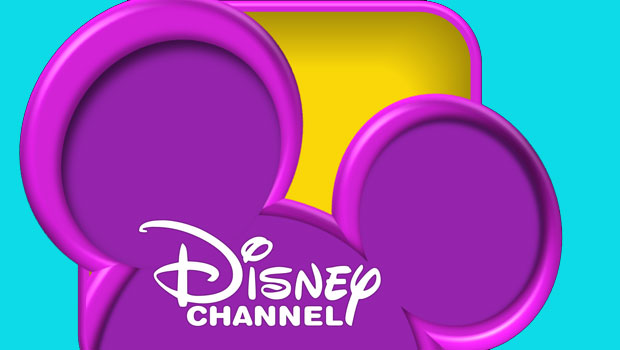 Student of the week: Synopsis

Zoe is pressured to choose Sam as the subject of her regular “Student of the Week” column. Sam
attempts to control what she writes and presents a distorted view of himself. Ultimately Zoe’s story
plays more like an exposé on Sam’s dobber-like behaviour, and puts him back in his place.
Scene 3 (SaM, Zoe )
SAM SITS BEHIND A LARGE DESK. ZOE SITS ACROSS, WITH HER NOTEBOOK AND PEN.
SAM LEANS BACK AND PUTS HIS FEET UP ON THE DESK.

Sam
Read back what you’ve got so far.

Zoe
Just the title. Student of the Week – Sam Tippin.

Sam
Change it to Student of the Year, it sounds better.

Zoe
But you’re not Student of the Year —

Sam
— Just change it. Okay get this down. ‘Sam leans back and surveys his corridor, and it truly is his
corridor. Isn’t it Sam who upholds the rules, making Patterson High one of the safest schools in the
district?

Zoe
Maybe I should just ask you some questions and you can answer them.

Sam
Sure, go for it. But don’t take too long, I’ve got a one-on-one with the principal after lunch. I think
he’s gone a bit soft on yo-yos. I’m going to remind him just how dangerous they can be with a
little… (HE PULLS OUT A YOYO AND PULLS THE STRING TAUT FROM THE WHEEL) demonstration.

Zoe
Okay Sam, in only a few words, describe yourself.
‘Would it be fair to say that Sam Tippin is the greatest student who ever lived?’ Yes, it would. (TWO
YEAR 7 STUDENTS WALK THROUGH THE CORRIDOR. ONE HAS A FOOTBALL AND THE OTHER ONE
A TENNIS BALL. SAM GETS UP AND BLOWS A WHISTLE. THE TWO BOYS FREEZE) You two, no ball
games in the corridor!
ZOE TAKES NOTES OF THIS ENCOUNTER. SHE ALSO SNAPS A QUICK PHOTO AS SAM IS YELLING
AT THE BOYS.

Sam
No more excuses! Explain it to the principal on detention. (BACK TO ZOE) Now where were we, oh
yes, the greatest student who ever lived. Are you getting all this down?

Zoe
(STILL WRITING NOTES) Oh I’m getting all of this down, Sam, don’t you worry about that

The newest Disney audition script is below: