How do I find a good acting school is a common question novice actors may ask. Hopefully, this will guide you towards that answer. 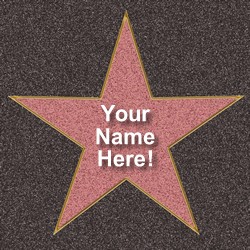 However, most aspiring actors know this and there are usually more people that want to attend these great schools than they can actually accept. Yes, acting is competitive, not just to land that perfect role that may launch your career, but also for training for it.

Paying tuition for these top schools is not always enough to get in. Many of the best acting schools make students audition to get a spot on their roster.

You may be asking yourself – Why acting school? Why do I even need training? Many novice actors carry the false impression that their talent alone will carry them and if someone will just give them a chance, they will prove it to the world. As much as people would like to believe that, it simply isn’t true.

Acting is no different than any other craft. Most people choose a craft because they have some natural ability and interest, however, natural ability does not make you an expert in your field. Hard work, experience and training do.Raw talent needs to be grown, refined and practiced to reach a professional level.

Think about it, would you ever hire a carpenter who never worked a job but told you he knows he can remodel your kitchen because he believes he has a knack for wood working? Would you let someone with no training or experience cut your hair just because they love to play with their own hair and want to try playing with yours? Of course not. Acting is a profession. For the casting directors that would hire you it is their business and people will not bet their business on the hope that you can do what you say you can. They want reassurance that you are capable of performing well and that reassurance comes in the form of training.

Another advantage to going to a great acting school is that they will teach you the skills needed to effectively compete in the very competitive field of performing arts. Most schools have good connections to the industry as well as a roster of well connected alumni. Basically, you will have an easier job getting an audition and breaking into the world of professional acting when your resume boasts a school the casting director is very familiar with.

So hopefully, we’ve established you need training. The next step is finding the best acting school to get that training at.

Getting accepted into top performing arts universities is not always easy, so training should start at an early age. Before you finish high school.

High Schools for performing arts
Most large school districts have high schools or high school programs that are geared towards the performing arts. The more you can do early on, the better your chances are of getting accepted into a top acting school later.

Degree Programs and four year acting conservatories
After high school, there is college and there are some very well known performing arts colleges. There are literally books written on how to audition for these. When you apply to these, you not only need to be accepted by the University, but also by the performing arts program you are applying to. Normally you fill out the College application and also submit an acting portfolio that includes your resume, headshot and links to your acting reel. If they like your portfolio, they may ask you to audition.

If you choose to go this route, make sure that you have a plan B. Outside the world of acting, your degree will not be worth much. You will have a BFA (Bachelors of Fine Arts) when done and those degrees will not take you very far in the business world. Make sure you talk to counselors and create a study plan that teaches you other skills as well so you have something to fall back on if the acting gig doesn’t pan out later.

Private acting schools and workshops
New York has Broadway and the top acting schools in the country. Many of these schools are taught by top names in the industry. These are not schools that you will get a degree from and are usually shorter term courses designed to teach you what you need for stage. Most large cities have very well known acting schools that offer a variety of classes that you attend a couple nights a week for a few weeks. Unlike 4 year programs that have a high price tag up front, these classes you can take on a “as I can afford to” basis since they charge per class and not per year.

You can see from the list of good acting school options above that you have plenty of choices to get really good training. The key is finding a good fit with your schedule and your budget.

One thought on “The Best Acting Schools”