The year will bring many new shows, pilots and specials to the Nickelodeon Kids network. Nickelodeon is going into 2013 full steam ahead with plans that include some exciting new shows, movies and sitcoms.

That is great news for anyone who wants to tryout for Nickelodeon or any of their other franchises.

Lots of new Nick shows means lots of casting calls and auditions for Nick. The network will need to find actors and other talent to fill the roles on these new shows.

Auditions and castings are going on now and casting directors will be staying busy finding the perfect talent. The shows lead roles and recurring characters will be cast first and extras casting will begin when the show begins shooting.

The network has an aggressive line up of over a dozen new shows and brand new episodes of their current hits.

The Nick Network is reporting that they have 14 new live-action and animated shows in the works that will begin filming and airing in 2013.

The Kids network is trying to revamp their lineup and compete hard against their current competitors, Disney Channel and The Cartoon Network. With 14 new shows for the new year, they may give the Disney Channel a run for the money and the coveted tween / teen audience. 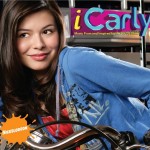 The new Nickelodeon lineup includes the new Nick series “Wendell and Vinnie” as well as “Sam & Cat” and “Gibby”, spin offs of Victorious and iCarly. The 2 shows will feature characters from “iCarly” and “Victorious” plus many new characters that they will cast and we have yet to meet.

Along with the new Nick shows, the network also has movies and specials in the works as well as some new pilots that may be picked up to be a series. One of the new pilots is “Instant Mom” and it will be filmed for Nick at Nite.

A couple new movies will begin casting and production in 2013 including “Swindle” and “Nicky Deuce”.

There is also some great news for fans of their current shows. House of Anubis will be back for a third season, and existing shows will also be shooting new stuff in 2013. And even though iCarly and Victorious are now history, the characters are not since a spin off will begin filming and Nick will shoot 20 episodes of the new show called “Sam and Cat” which stars Jennette McCurdy and Ariana Grande. The 2 teen actresses will revive their “Victorious” and “iCarly” characters. In “Sam and Cat”, Jennette and Ariana play best friends and roomies who start a baby sitting business.

Here is a list of possible new Nickelodeon shows in the works and returning shows in 2013 and beyond:

The Nick network not only has many tween / teen live action shows planned but also quite a few animated series and programs aimed at younger children. The Nickelodeon animation studio will also be busy in 2013 with new animated series planned.  Among those will be “Monty and Norville”, “Monsters vs. Aliens”, “Blaze and the Monster Machines” and “Sanjay & Craig,”all will be animated series.

Animated series also have a cast of actors. The casting calls for those are for voice over actors to play the voices of the cartoon characters.

So stay tuned for more updates on new Nick shows and keep your eyes peeled for the castings.  Since Nickelodeon hires young actors there may be some great opportunities for teens and some new Nickelodeon kid auditions on the horizon.  If your an actor interested in trying out, you better contact your agent and get the ball rolling since production of many of these new shows will begin as early as January, 2013.